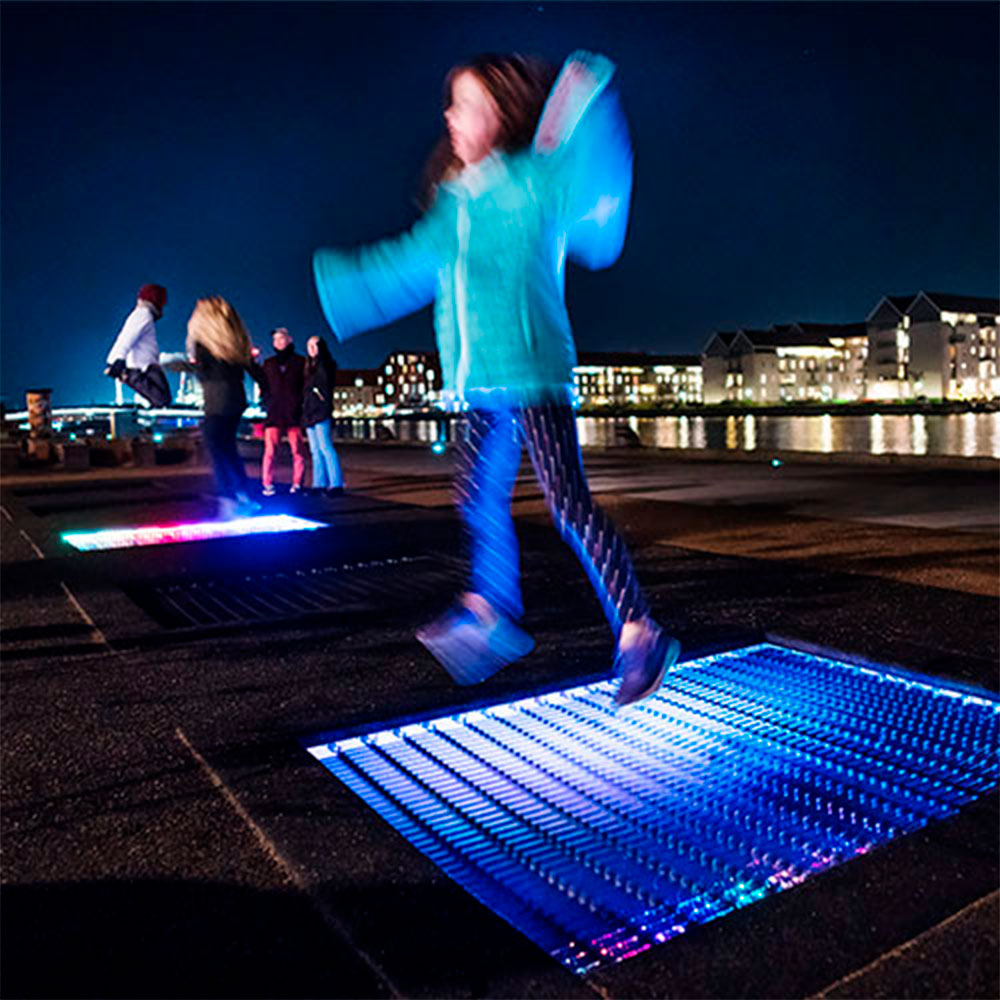 ABOUT THE LIGHT WORK
This artwork is originated from a student project at KEA-Copenhagen School of Design and Technology. It was initially created as outdoor playground equipment, but now is converted into a site-specific installation for Copenhagen Light Festival.

The three interactive trampolines are built to give you warmth and energy in a cold and windy February night. They are hidden under ground and waiting for discovery at the at the darkest spot along Havnegade.

The first trampoline uses LED strips constructed in a matrix. Inspired by the life cycle of a stellar, the light effects are divided into four phases.

After the user has left the trampoline, the light returns to Phase 1. It is expected that a user spends one to two minutes on the trampoline, during which the program will run through the phases.

The third trampoline is surrounded by LED neon tubes. A kick-off action will engage the user into the play.  Different effects will go through a four-level game session, from shorter and easier tasks to long lasting engagements. Each jump on the trampoline will gradually fill up the neon tubes and the higher the bounce the faster to finish the game. Kids will have plenty of fun from the responsive light effects.

The third trampoline is surrounded by a LED neon tube.  Kids will have plenty of fun from the responsive light effects.

ABOUT THE ARTIST
This artwork is originated from a student project at KEA – Copenhagen School of Design and Technology. It was initially created as outdoor playground equipment, but now is converted into a site-specific installation for Copenhagen Light Festival.

Cong Liu is a faculty member of the study program Product Development and Integrated Technology. Catalin Doaga is an international student from the program, specialized in mechatronics and Internet of Things. 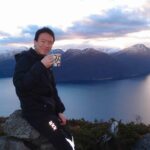 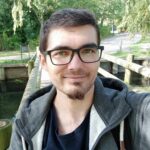 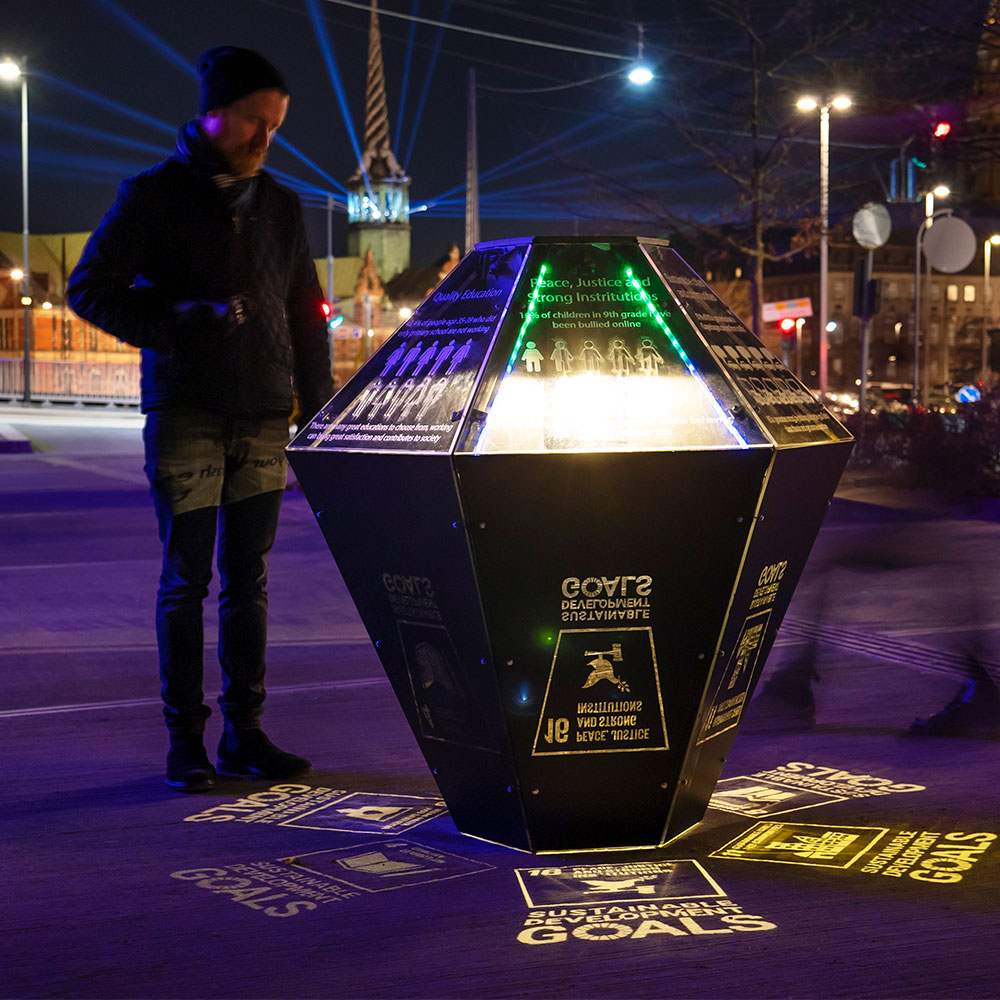 ABOUT THE LIGHT WORK
The mysterious diamond that has landed on Havnegade, attracts curiosity through its intriguing light show. As it sees by-passers, it will focus in on them, drawing their attention to its important message of creating a sustainable future for our precious world.

The six-sided diamond works as a mysterious light sculpture when observed from a distance, colouring the waterfront with a beautiful lightshow.
As by-passers get closer to the diamond it becomes interactive, each side lighting up exclusively as they walk around it and activates the sensors individually.

Each side represents one of the six chosen sustainable development goals out of the UN’s 17 SDG goals. The diamond provides information about the goals and how to make behavioral changes in order fullfill them.
The idea is to educate by-passers of the individual goals, how they relate to Denmark and what can be done to create a more sustainable future.

ABOUT THE ARTIST
We are a group of students at KEA (Københavns Erhvervs Akademi) studying PTI (Product Development and Integrative Technology).
As we work with product development, we see that sustainable development is becoming increasingly important, quite simply it can not wait. It is therefore necessary to implement it into our work and use that to inform people about its importance. 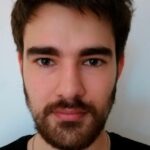 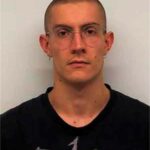 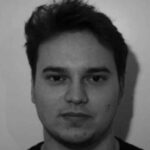 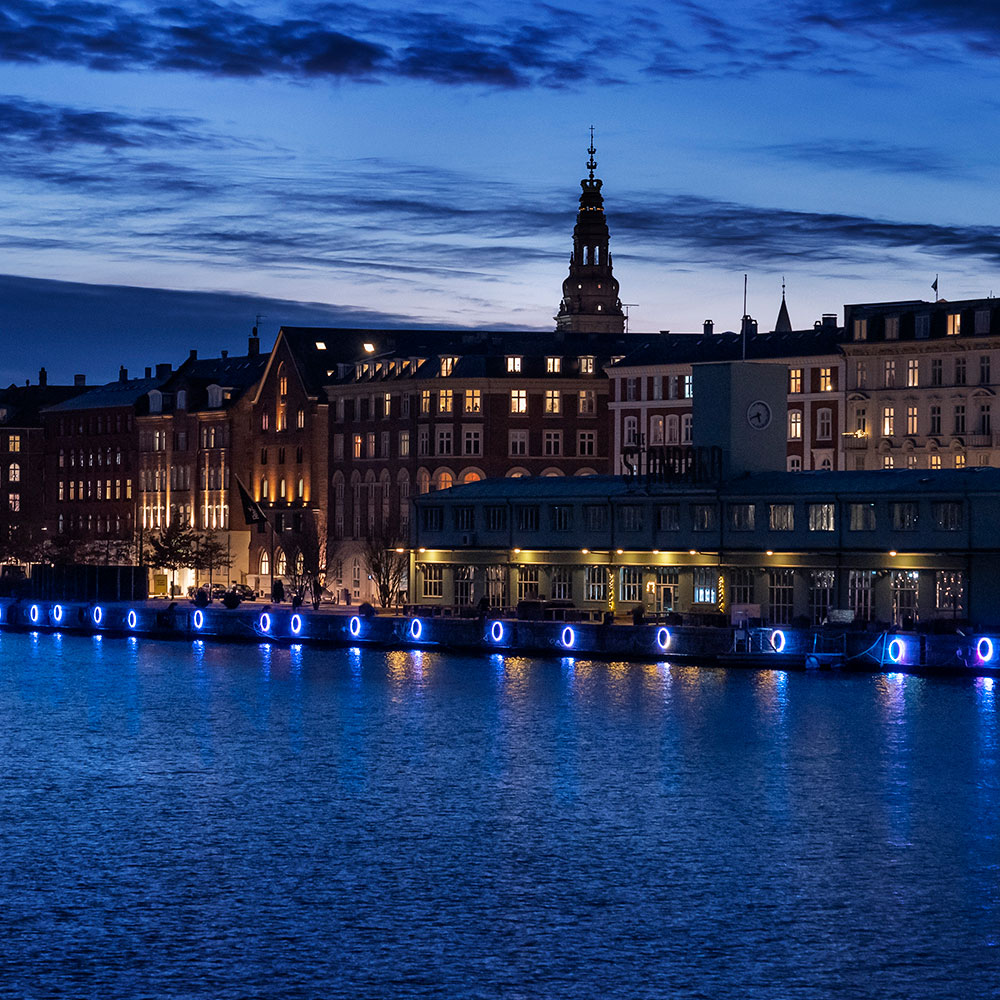 ABOUT THE LIGHT WORK
Copenhagen is gifted by the canals flowing through it and that makes it even more charming and magical. We wanted to emphasize this beauty by glowing up the Havnegade Harbour promenade with the lights during dark winter nights. Come to enjoy the feeling of calmness in cold evenings and watch the game of the colors and their reflections.

The light in connection with water brings us to another spectrum of what can be seen by the human eye. That is the reason why we hang this piece of exhibition along the whole canal wall. 20 colorful lighten circles with LEDs inside, their reflection in the water, and engagement of the pattern to the installation, all evoking the feeling of bubbles dancing in the sea.

It can be clearly seen from the bridges located nearby, Inderhavnsbroen and Knippelsbro, or from the other side, Christianshavn.

ABOUT THE ARTIST
We are student colleagues from Københavns Erhvervsakademi. We are studying a Bachelor’s Degree in Product Development and Integrative Technology.

ROBERT
Robert is from Germany. He is an educated Media Designer. He spent many years on organic farms. Also experienced in product development.

MICHAELA HLADKÁ
Michaela is from Slovakia. She has experience with design and product development.

IVELIN DIMITROV
Ivelin is from Bulgaria. He has experience with electronics, computer networking, programming, and telecommunications. 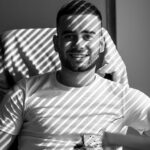 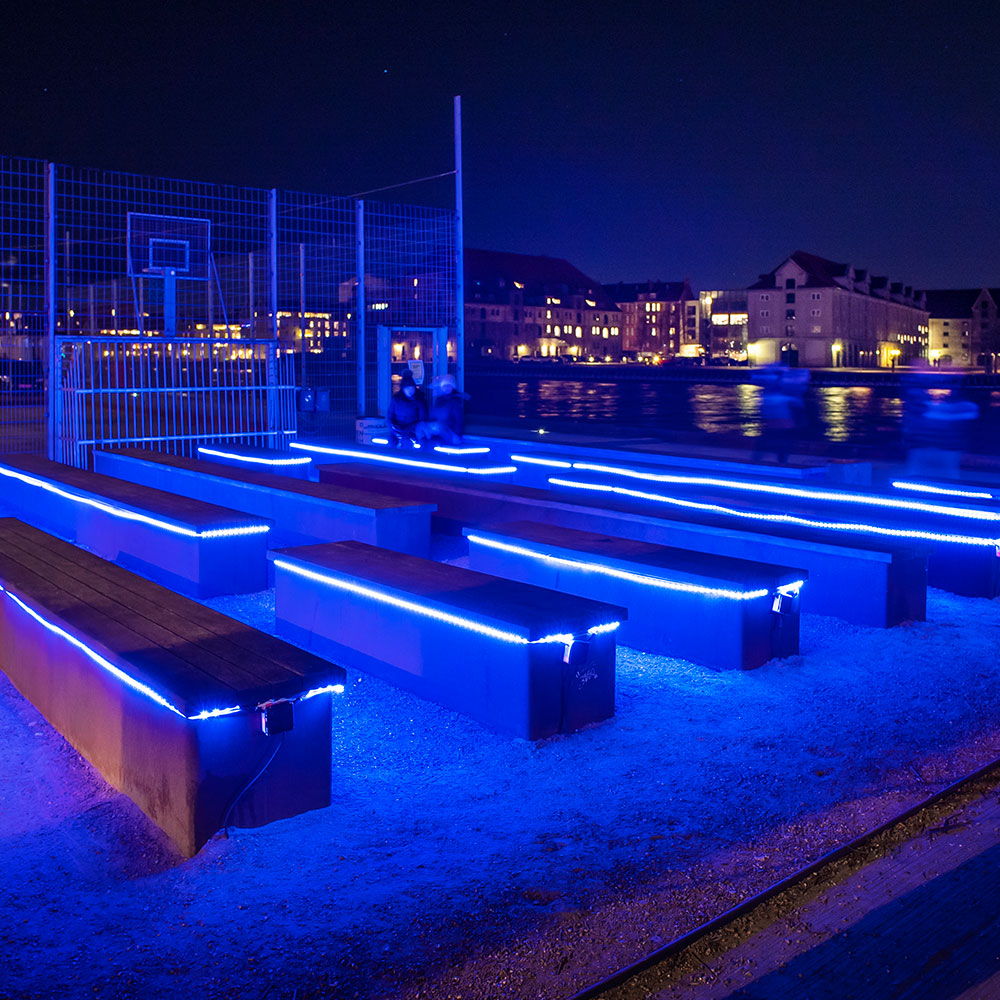 Each melody is associated with a color that represents it. The blue colors were well-liked by Bent Fabricius-Bjerre. Alley Cat is purple and turquoise shades, where the Olsen Band is brown and beige and finally Matador with green colors.

Bent Fabricius-Bjerre 1924-2020
Danish pianist and composer For decades, Bent’s Fabricius-Bjerres melodies have created joy in Danish homes and around the world. He has secured a place in Danish history as one of the best and most beloved composers. This work is in honor of him and his music.

Alley Cat – 1960
Originally composed for the TV show “Around a Grand Piano”, which is also the original title of the song. Later came the popularity of America and the new title Alley Cat, as well as the fictional story of Bent and his cat. The composition won a Grammy in the category of best Rock and Roll recording in 1962.

Olsen-Banden – 1968
When Erik Balling in his time asked Bent Fabricius-Bjerre for a ragtime-like theme for the Olsen-Banden film, he composed the melody for it. With the help of the musicians Papa Bues Viking Jazzband, the melody got the right sound and the basis for the theme song was created.

ABOUT THE ARTIST
With reference to a project in Product Development and Technical Integration at the Copenhagen School of Design and Technology, developer Sandra Løve Dadadottir got the idea for this installation. With the help of fellow students Anton Gyldendal Melberg and Mikael Christensen and teacher Cong Liu, the installation has been created. 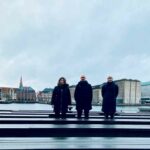 Back to festival programme