The Danish Chamber of Light 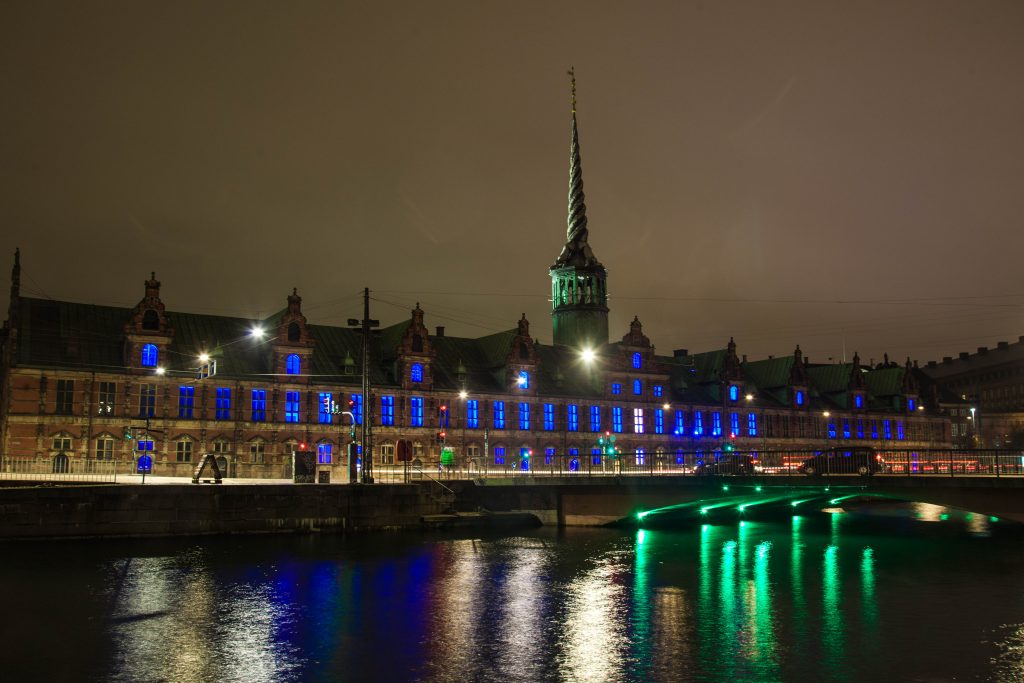 Just 400 years ago, Chr. IV started the construction of the stock exchange.
From its inauguration, the building, as with its winding dragon tower, is Denmark’s most iconic building, has been a center for trade in Copenhagen.
The building has in turn been owned by the royal house and private – but since the Danish Chamber of Commerce took over the building in 1857, Børsen has been owned by Danish companies today represented by the Danish business organization Dansk Erhverv.

To emphasize that Børsen is still a trading center, the windows will illuminate in different shades of blue, around the Danish Logosphere, and possibly with a touch of white. The light will be static.