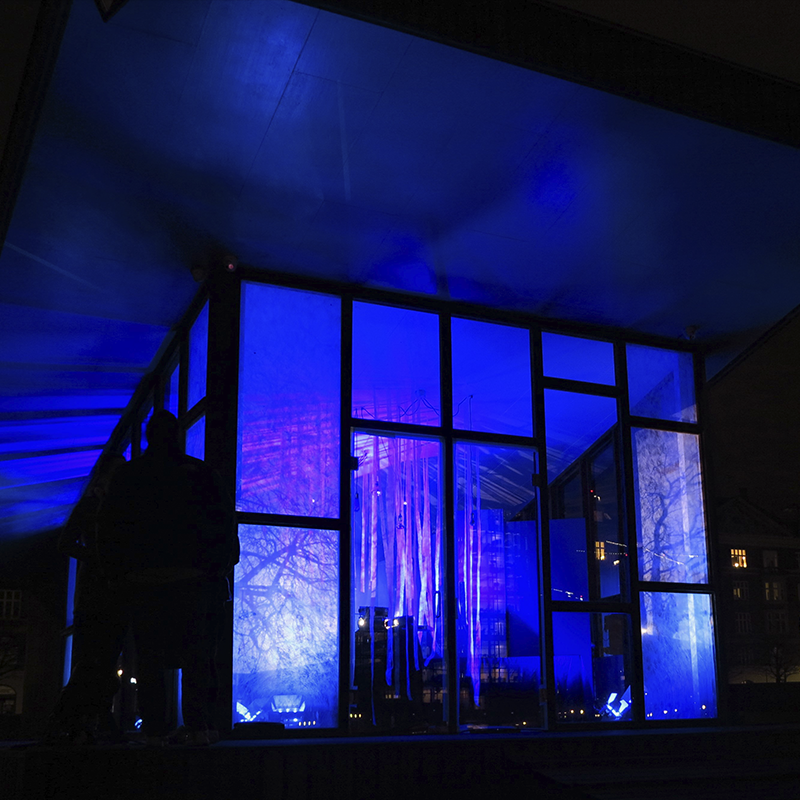 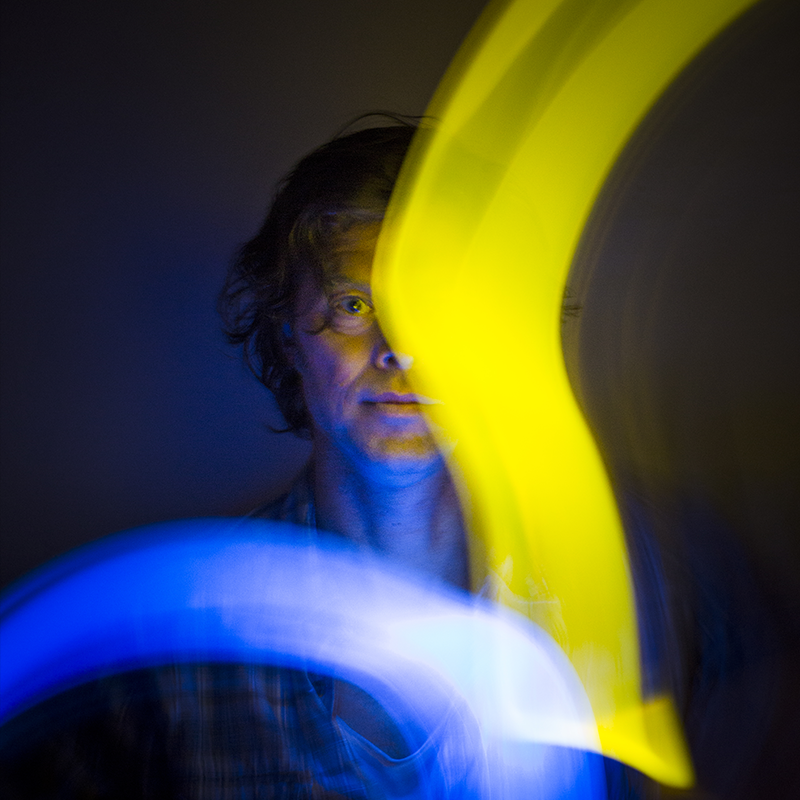 TAKE A LOOK INSIDE

GoBoat house, Islandsbrygge
Best viewed from the harbor, from the opposite quay, or from the nearby Langebro Bridge.

TAKE A LOOK INSIDE
TAKE A LOOK INSIDE is a site-specific lightwork created by Arthur van der Zaag for the Copenhagen Light Festival 2020. It is shown on the GoBoat structure that juts out above the harbour at Islands Brygge. The work consists of a loop of programmed light.

TAKE A LOOK INSIDE plays with our perception of depth on the physical plane, by illuminating different elements of the structure, and on the optical plane, by exploring the effect of colours on our depth perception. With light shone on the exterior facade, the glass facade and the interior space, these architectural aspects are separated and made distinct. The projection of colour on these three layers enables the viewer to explore the depth of the structure through the shifting of light on these surfaces.

As the reflections of the water change shade, the lighting draws the viewer’s attention from outside to inside. The playful shifting of colours on the surfaces creates a sensuous maritime narrative.

TAKE A LOOK INSIDE is best viewed from the harbor, from the opposite quay, or from the nearby Langebro Bridge.

About the artist
Arthur van der Zaag (born in 1966) is from Amsterdam, Holland and has been based in Copenhagen for two decades. He has a master’s degree in Lighting Design from Aalborg University Copenhagen (2017) and has made a career of working in museums, galleries and in the theater. He is constantly exploring how lighting can be used to emphasize material elements and change the way a space is experienced.

TAKE A LOOK INSIDE